magicJack vs. Skype Comparison for 2022 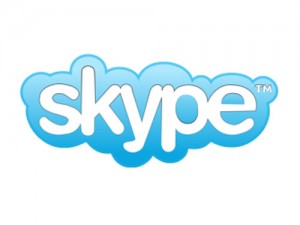 The Champion, this round…

TheVoIPHub now has many different comparisons of magicjack vs other devices.

OK, we admit it wasn’t the most scientific test, but we really needed an answer in a very important situation as to who had the best VOIP service at the moment we did the testing.

Now we won’t bore you with the details, because we’ve covered them here before. Suffice it to say it was in an area in northern Mexico connected via a cellular uplink. The bandwidth is very weak, and our connection signal was very poor. We connected the good old MJ dongle and gave her a go. No dice Sally. We ere able to get it to connect, but it sounded as if we had been turned into a zombie, and all our words were dragged out. At the same time, Skype performed like a champion and it won this magicJack vs. Skype battle. This wasn’t the case in most other comparison posts as magicjack typically won out and works great.

Again, absolutely unscientific, and contains little value for our overall MJ experiment. Which is not really much to add here at this blog. But because it was a magicJack experience, and because we dedicated to this project, we decided to go ahead and include it here today.

We hadn’t used our device for about 3 or 4 months, so we logged in and plugged her in yesterday and did some call testing comparisons with a buddy in South Florida. (thanks for putting up with me Craig.)

Now, calling on the magicjack was easy, though it did go through some serious updates when we plugged it in. We’re guessing that magicjack had some security upgrades in the few months we hadn’t used it.

Oh, and Skype did try to take over again. Asking us if we wanted to use the Tiger Jet USB driver and device. (I think it was tiger jet, but it might have just been Tiger…). This time we did let Skype have it’s way with it, so we could do some testing later. We’ll come back to that some day.

Anyway, we called Craig via magicJack first. His response was that it was loud and clear. He then suggested we call him back via the Skype headset for comparison. Which in the end, he said was much clearer. We’re guessing it has to do with the fact that we have a rocking headset and microphone combo. Dunno.

Now we did not get to try out the Skype via the USB / Phone connection yet. We plan to do that later on this weekend and make another post about it separately. So stay tuned.

So the loser this round is magicjack for worse clarity. At least worse, but neither was bad. Sorry MJ.

We have included full and complete comparisons of many of the main VoIP providers in order to make your decision easier. Read the links below for more information on each of the VoIP services I have compared.

magicJack or Vonage: And The Winner Is… – The winner here was a very interesting surprise

magicJack vs. Ooma – Two big time VoIP competitors are compared and contrasted with one coming out clearly on top

magicJack vs. Basic Talk – One copied the other and is also more expensive.