Home > Residential > Reviews > magicjack > magicJack Connect App Review: What is it & How Does it Work?

magicJack Connect App Review: What is it & How Does it Work?

magicJack Connect is a new app offered by magicJack VocalTec LTD. not to be confused with the magicApp. Calls are placed for free via Wi-Fi and users also have the option to upgrade to a paid plan and get a U.S. number with unlimited calling to U.S numbers. The app works on both Android and iOS devices and a hack can be used to get it up and running on newer Blackberry devices. 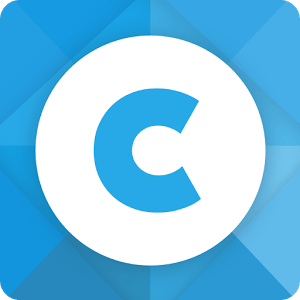 Why The magicJack Connect App?

This wreaks of desperation, an attempt at gaining media traction from a company and executives that seem to have no idea what they are doing. They have some incredibly valuable assets with their CLEC network being the largest in the country but can’t seem to find a way to leverage this multi-million dollar asset.

They have a dying product and they can’t seem to get their focus right. They must to shift gears and stop thinking VoIP adapters and instead promote their ultra-cheap services to markets that are unaware it exists. Gone are the days of touting your cool ultra-cheap adapter and having people go wild for it. Sure this worked in the beginning for magicJack but there are so many adequate copycats out there now. It’s clear they need to follow suit with every other VoIP company in the world and focus on the service, not the VoIP adapter.

What Does The Connect App Offer?

The Connect App from magicJack offers a wide set of features sure to please many. On top of most of the features included with the magic App it comes with the following:

In short, the magicJack Connect App isn’t without an excellent array of features. We are just confused as to why the company needs a second smartphone application? You certainly don’t see the bigger guys (WhatApp, Viber, Facebook, Skype) coming out with multiple apps as it confuses people. We wish they would have updated the already successful magicJack App to simplify and streamline things for users. Unfortunately users may be left confused and not know which app to choose from which could result in them going with one of their competitors who has made things much more simple and clear.

Create your own review
TheVoIPHub
Average rating:   1 reviews
by Sammie on TheVoIPHub
Limitations for my situation

Tried it but the free mins werent useable to make calls in canada & the requirement of a pre-existing line to recieve a sms for confimation or fb were a turn off (as I was moving to a tablet plan) besides the fact that it's only able to issue US numbers. So I ended up buying a heavily discounted go to use magicapp in the end