magicJack is a brand synonymous with VoIP excellence. Within a relatively short span of seven years, magicJack has established its credentials with high-quality software and electronic hardware required for flexible home telephone options over VoIP.

Things only got better with a wildly successful upgrade to the magicJack Plus – with better uninstallation options, local number portability, improved adaptability to operating systems, and significantly better call quality. Expectations were naturally high when the news leaked through that a magicJack that works via wifi was around the corner – possibly the most advanced VoIP gadget yet.

Shifting the release date from first quarter of 2013 to third quarter, wasn’t a dampener for most. Loyalists understood the complex technology involved and were ready to wait. There was also history of anticipated release date being much ahead of the actual one. However, when the product did finally hit stores, the MagicJack Plus 2014 as it was called, offered plenty of good features without exactly delivering on its promise.

Expected Upgrades: Third generation MJ devices were expected to haveTJ980 chip, which could have potentially added features like:

The Wi-Fi Promise as primarily based on the secure digital input-output (SDIO) interface, which presumably could allow the MagicJack to be connected to a router wirelessly, or even via hotspot while one was on the move. Even within the range of a Wi-Fi enabled router, it’d free up the dependence on wired Ethernet connections. SDIO also allows easy interfacing with video monitors. Hypothetically, that would mean a ‘Call of Duty’ or ‘Halo III’ marathon over your VoIP device, even if you’re sitting at a Starbucks several miles from home.

Image 1: Plus 2014 with designated Micro-SD slot for Wi-Fi

All these, combined with enhanced hardware features like computer-less operation and additional software improvements warranted the anticipation, especially among semi-technical and small business users who could look beyond expensive phone plans.

Not MagicJack Wi-Fi: The Plus 2014 eventually came out in June 2013, but it wasn’t quite what was anticipated. There were a few things which prevented it from becoming a fully Wi-Fi capable device: 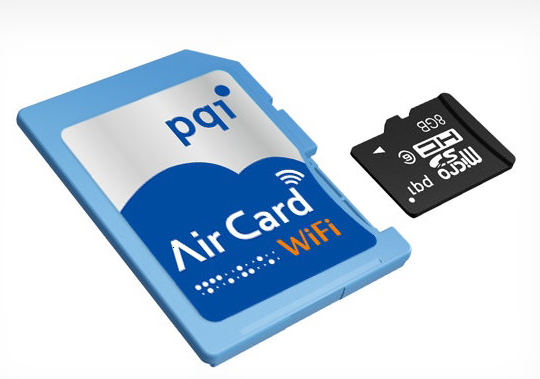 2014 Features & Upgrades: Additional USB port and SDIO (secure digital input/output) slot suggests future technical advancements are likely. But even in its present avatar, there are significant strides in feature upgrades from its predecessor. In addition to the fact that MagicJack VoIP calls don’t involve any contract, cancellation fee, credit card information (and freedom from monthly phone bills), here’s reason why you still must consider owning one:

Future of MagicJack? What next for MagicJack Wi-Fi?

Truth be told, as good as the Plus 2014 is, the lack of some anticipated features certainly left a fairly few underwhelmed. The hardware improvements are impressive, if not remarkable – and the unchanged price-tag is an acknowledgment of the same.

In the long run the potential for WiFi and triple play service make the new device very enticing and certainly something that most users should consider upgrading to when their current subscription is up or at the latest when magicJack/VocalTec puts out a firmware update  that enables WiFi or works out a deal with a 4G or LTE carrier to provide other services.

A Wi-Fi device is almost certainly in cards, but security will be a priority. It might even be worth it to add an additional SDIO port so a select group of people can use a pay-per-use Wi-Fi interface while also using the device for video interfacing. Micro-SD and firmware upgrades would need to match up to undertake that endeavor. With presently available technology, it would mean slightly more bulk for the device.

The risk extends to firmware hackers, especially since you can’t activate two MagicJack devices at once for the same number. Once you register for the new device, the old one is rendered worthless for an ordinary user, and a handy target for hackers (and not exactly eco-friendly either!).

On the other hand, there’s a strong chance that MagicJack will leverage the additional USB ports to provide Wi-Fi adapters, log call memory with a flash-drive or make it a proprietary phone-interfacing option to handle multiple lines. Even existing phone services like Skype and Yahoo Messenger are compatible with USB peripherals.

Ditto for the RJ11 jack on the existing MagicJack Plus, which has a single tip. Adding another jack would lend better flexibility to the device.

All of these technologies exist today and most certainly would add to the appeal of upcoming MagicJack devices.

And yes, it’s best if they stopped marketing the ‘improved sound quality’ bit. Neither is there any noticeable difference from the previous version, nor is it a necessity, given that their existing quality is just as good as that of a traditional landline and grades out above nearly all other VoIP providers.

In short, the future of MagicJack devices look promising, as long as they are more clear to current and potential users about their technology roadmap, and product development plans.

The much anticipated new magicJack Plus 2014 has finally arrived after months of speculation on it’s features and when it would reach the market. This new magicJack device is very similar to the previous version of the magicJack Plus with several upgrades that make it a fine addition to VocalTec Communications line of VoIP devices.

Despite it’s quality upgrades the 2014 magicJack plus doesn’t come without disappointment. Originally consumers were hoping for a revolutionary upgrade that included the ability to connect from anywhere in ones home via encrypted WiFi but instead the 2014 magicJack plus must still be connected via the port of a wireless router. Consumers had hoped for other features also including the rumors of magic Jack providing triple play service that included internet and cable but these hopes, albeit, quite overzealous were dashed as well.

Image 5: what your purchase includes 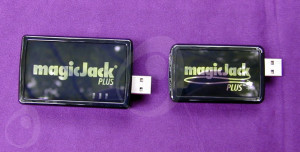 Image 6: magicJack plus 2014 device vs. magicJack Plus 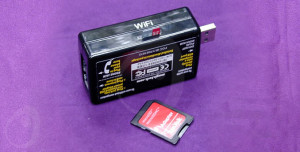 Create your own review
TheVoIPHub
Average rating:   4 reviews
by Dr. Disco on TheVoIPHub
Dishonest but Great

I have had both the plus and plus 2014 models for five years. I like the cost, I am disappointed when they drop my long distance calls after a while, but I just redial. The most hideous part of this company is their customer service. I spent a miserable afternoon trying to re-up, and the only sanity I could find was this website. It's a shame such a good product has succumbed to the new american model of "me smart--you stupid" in terms of customer support. At least they don't speak broken English.

by Susan on TheVoIPHub
Voice Quality Is

For more than 20 years I kept my AT&T phone just in case of Earthquakes in CA when cellphone towers would be jammed w/ traffic.  I just bought this MagicJackPlus -- I was FLOORED by the Voice Quality, which is "crystal clear" like a Bell while all I got on AT&T was static for local, long distance and 800#s. Try this Internet-affiliated phone, YOU will not regret it!

NOTE - with the 6" USB extender (provided by them that came by USPS) I would get a BLIP (or lose a word or two) until I changed it to a 24" USB extender, NOW everything is Crystal CLEAR and the module does not get overheated.

by Ana on TheVoIPHub
Superb Invention

Magic Jack is, with no doubt, a superb invention. What I spend using magic Jack for 5 years (I signed up for five years) is less than what I pay for one month for national calls. I speak with my 92 year old grandmother and my siblings and cousins in Africa any time I want, for free.
I consider this free. I used to pay 50 to 100 dollars for just three minutes.

They make communication so easy and affordable. Even if I had to buy one monthly, it would be worth doing. God bless the mind who invented this gadget. The device I use is the magicJack Plus 2014 and it works a lot better than the original magicJack that I used for the years prior.

by G. Niets on TheVoIPHub
5 years and still going strong

Bought an original magicJack five years ago and it is still running today. Needed another landline for small home business so added a PLUS 2014 device with 5-year purchase ($20/year). Works great. Call quality on both is exceptional. Would recommend to anyone with good broadband Internet.