Ghost calls are a common annoyance for anyone who uses a phone. These strange and inconvenient calls have no one on the other end of the line and often occur repeatedly and at unusual hours.

If you have a problem with repetitive ghost calls, you aren’t alone. Luckily, there are a few solutions you can try to stop the calls, whether it’s contacting your service provider or making some technology changes in your household.

Our Guide to Ending Those Annoying Ghost Calls 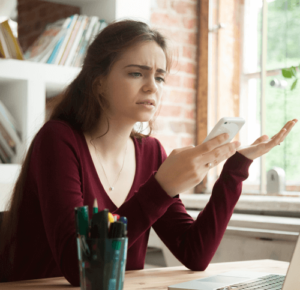 Read on to learn how to end phantom ghost calls for good.

What Is a Ghost Call?

A ghost call is a phone call with no human or automated message when you answer. These phantom calls usually happen repeatedly, and no matter how many times you pick up, there is only dead silence on the other end of the line.

If you have caller ID, you may notice that the ghost calls come from strange phone numbers with nonexistent area codes, which indicates that the call is coming from an automated “phantom” source that isn’t connected to an actual person or entity.

Where Do Ghost Calls Come From?

Ghost calls, or phantom telephone calls, can originate from a few different possible sources. One common cause of ghost calls is abandoned autodialers.

Autodialers are used by telemarketing groups to rapidly dial many phone numbers at once. If there is a glitch in the autodialer, or an autodialer has been abandoned after a telemarketing initiative is over, the system will continually dial phone numbers while having no automated message to play.

How To Stop Ghost Calls

If you have a problem with ghost calls, there are several solutions at your disposal to try and solve the issue. The best solution for your ghost call problem will depend on the origin of the phantom phone calls.

If you’re getting a lot of phantom calls you can use Google to find out known ghost number call lists and block all of the numbers on the list. This will limit phantom calls from known ghost calling numbers which should reduce the amount of unwanted calls you get.

One crucial step to take is to report the ghost calls. Various organizations and websites try to collect information on repeat ghost autodialers to locate them and shut them down. Sharing the phone numbers that you’ve been receiving ghost phone calls from will assist these groups in stopping the problem.

When ghost calls have become repetitive and concerning, it is time to alert your phone service provider. Your phone company should be able to offer a few solutions.

First, if the ghost call is always coming from the same number, which is often the case if it’s a telemarketing autodialer, your phone service provider should be able to block the number from calling you again. Blocking a number is an easy way to stop abandoned autodialers from continuing to contact you.

In the case that the phantom calls are coming from different phone numbers, you should notify your phone company that there may be a problem with their firewall. A reputable phone service provider should be protecting their phone lines from automatic port scanning.

If you still have concerns about ghost calls and port scanning after consulting with your service provider, then you can change the settings on your router and phone to better protect your phone line.

High-end routers, such as the types used by businesses, usually have settings to block the type of traffic associated with port scanning. Investing in a more advanced router may be a good option if ghost calls and phone hacking have become a concern for you.

There are also a variety of settings on your phone that can be adjusted to better protect you from ghost calls. Look for the settings options on your phone for session initiation protocol calls (SIP calls), which are the kind used by port scanners. You can adjust the settings to limit traffic from these calls and accept SIP calls from only trusted servers.

Ghost calls can range from annoying to downright scary. No one wants to feel like their privacy has been violated with strange and pervasive phone calls. By reporting the ghost calls, consulting your service provider, and changing your phone settings, you can protect your phone line from phantom calls.